New Delhi. The youth living in Central Asian countries like Indian cinema. sings bollywood songs. These youth performed in Bollywood songs at a dinner hosted by Union Minister for Youth Affairs and Sports Anurag Singh Thakur in honor of the youth delegation. Youth Affairs Secretary Mita R. Lochan and other officials of the ministry were present on the occasion. It may be noted that the Department of Youth Affairs is hosting a 100-member youth delegation from Central Asian countries from November 17 to 23, 2022. Today it ends.

The delegation visited Prime Minister’s Museum, War Memorial in Delhi and Tata Memorial Hospital, Mumbai Film City, Gateway of India in Mumbai. Union Minister of Youth Affairs and Sports interacted with the delegation during the dinner. He said that this is a form of International Youth Exchange Program, in which representatives of four Central Asian countries are included. 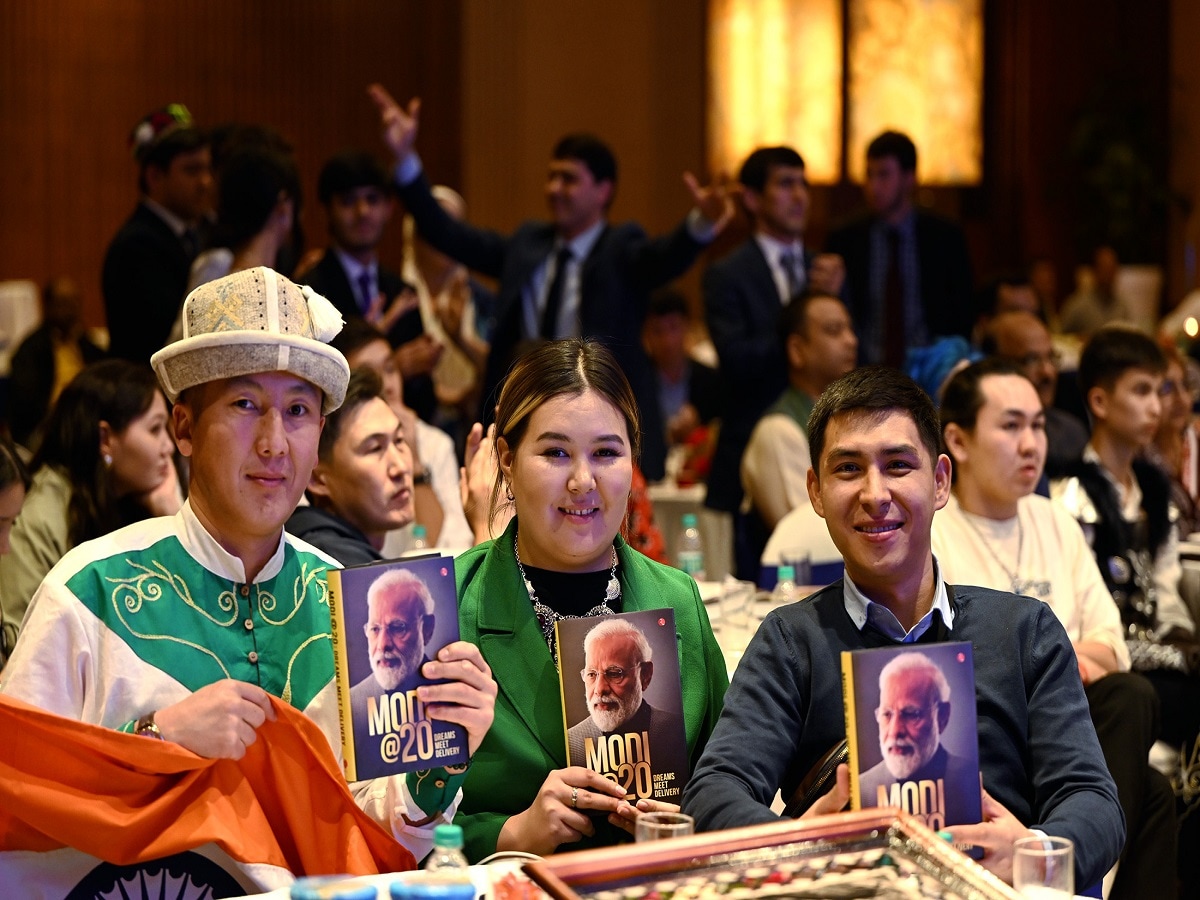 from your city (Delhi-NCR)

Youth from different countries attending the dinner hosted in honor of the youth delegation.

This program will deepen goodwill and healthy relations. Thakur appreciated the performance of the delegates and said that it makes it clear to us how big an impact Indian cinema has on Central Asia. He said, “This shows that even though we live in different parts of the world, we have many things in common. The youth delegation also visited the Taj Mahal in Agra.

The Prime Minister had hosted the first India-Central Asia Summit on January 27, 2022 through a virtual medium. The Presidents of Kazakhstan, Kyrgyzstan, Tajikistan, Turkmenistan and Uzbekistan participated in the summit. The conference coincided with the 30th anniversary of the establishment of diplomatic relations between India and the Central Asian countries.

The Prime Minister’s proposal to host a 100-member delegation from Central Asian countries every year was welcomed by the Central Asian leadership. This program has been organized under this.

This BJP leader appealed to the government to boycott the FIFA World Cup, accused of giving platform to terrorism

Barauli CO was doing corruption in the name of filing-dismissal, arrested as soon as he left DM office

This BJP leader appealed to the government to boycott the FIFA World Cup, accused of giving platform to terrorism

Moving In With Malaika: Malaika’s house will be like this, pictures went viral before the start of the show