Goodbye Review: We often talk to our family or friends about how we want to get married or how we want to celebrate a birthday. But even mentioning about how we will go after death, how our death will be is considered bad, forget preparing for it. Director Vikas Bahl’s film ‘Goodbye’ has been woven around this question. This slice-of-life drama tries to create humor through sarcasm amidst the story of death. Vikas Behl is opening the doors of Bollywood for ‘Goodbye’ Rashmika Mandanna. Let us tell you how is this film.

Goodbye is the story of a family of Gayatri Bhalla and Harish Bhalla. They have 4 children and all of them live in other cities and countries due to their jobs. His daughter Tara is a lawyer and lives with her boyfriend. The elder son lives in America, the younger son also lives in another country. Gayatri Bhalla dies suddenly and Harish is trying to convey this information to his children. Tara first reaches her home, then Karan and then Gayatri-Harish’s adopted child Angad. Harish seems very angry with his children because he feels that they are not as sad about their mother’s death as they should be. On the other hand, Tara is upset because she cannot feel connected to any of the rituals of her mother’s funeral. She repeatedly talks about finding their logic and science… This story is about Gayatri’s departure and after that this scattered family has to fulfill all those customs.

Before this story of Vikas Bahl, in the last 2 years, films like director Seema Pahwa’s ‘Ram Prasad Ki Terhavi’ and Umesh Bisht’s ‘Paglat’ have come out, which have shown the message like ‘Life goes on after death’. Huh. But the setup of ‘Goodbye’ has been shown in an ultra modern family. Along with this, through the character of Rashmika, all those questions have been raised, which are often seen asking or saying by the youth of the new generation like, ‘What are these customs, what is the logic behind them…’. Rashmika is also doing the same. Although I found Rashmika’s irritability extra in many places. Along with this, she is repeatedly saying that ‘mother did not want all this on her death’. But in no part of the story has it been established why she is saying this. A daughter who is repeatedly ignoring her mother’s phone calls, not replying to her messages, is talking about her mother’s sudden death. 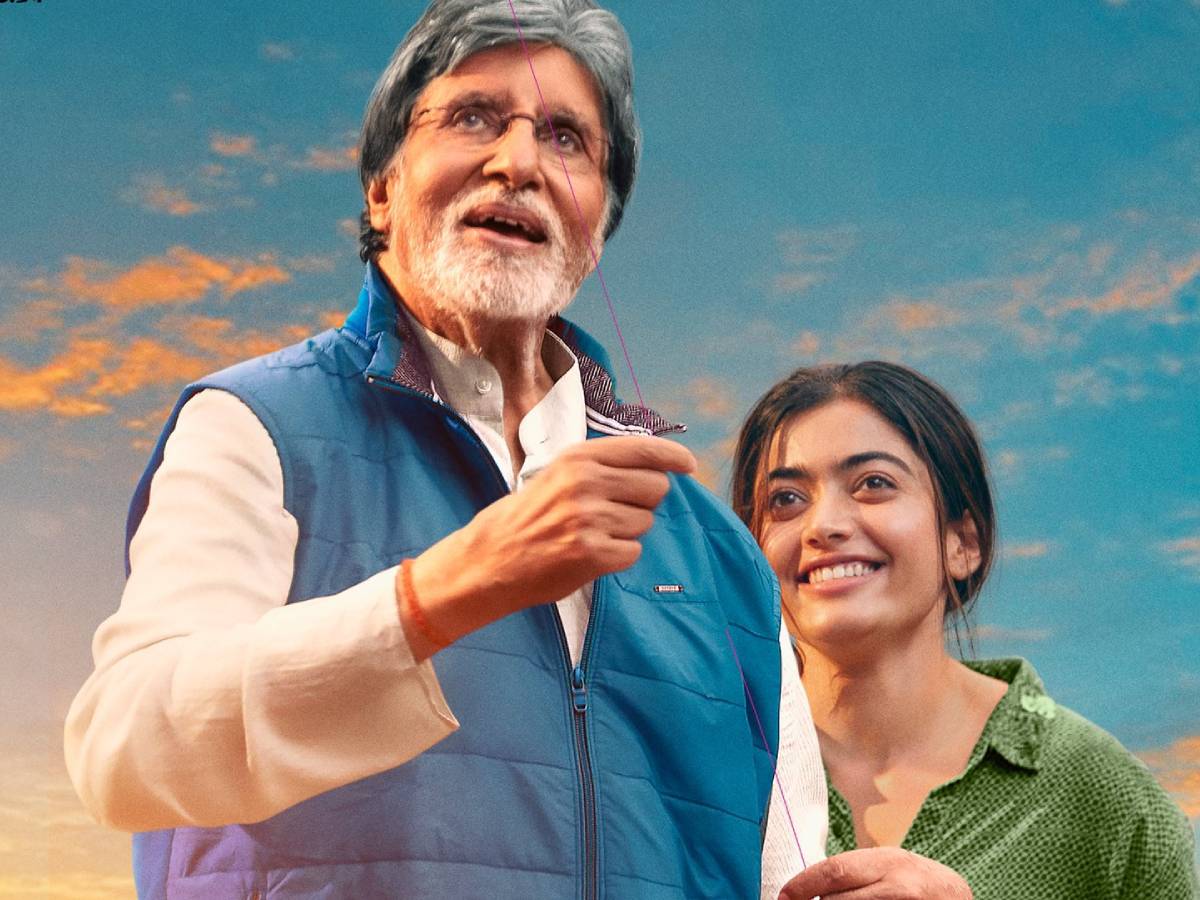 Rashmika Mandana has become the daughter of Amitabh Bachchan.

The first half of the film is quite predictable but still tied. Things like neighbors waiting for a chair, trying to form a WhatsApp group in the cremation ground directly show ‘insensitivity’. On the other hand, Ashish Vidyarthi who became a neighbor is amazing in his performance. Seeing them, you will remember such uncles around you. Talking about acting, everyone gets excellent numbers in the performance. Everyone has been fit in their respective characters. His emotions are completely visible on the screen.

If this film is judged on parameters like story, acting, it will be discussed in a different way, but there is no doubt that while watching ‘Goodbye’, there will be many such moments when you will not be able to stop your tears. In one scene, the Golgappa seller comes and asks to call Gayatri ji. Hearing this, Pavail Gulati, who became Karan, starts calling ‘Maa’. Believe me, this scene will shake you from inside. Many times while watching the film you will feel like calling your parents living in another city immediately and tell them that ‘You are very important… I love you Maa Papa’. And this is the success of this film. The good thing is that you will not find villains anywhere in the film, neither in the son or daughter nor in the father who is shaken after the death of his wife.

Although the first half is story-driven, the second half is full of feel-good factor. Also, the film becomes very musical in the second half. As soon as the second half starts Sunil Grover’s entry and this entire track of Haridwar is quite entertaining. Whether you agree with the story of this film or not, but this film tries to bring a flood of emotions within you. 2.5 stars to this film from my side.

It will be difficult to use Amitabh Bachchan’s voice, name or face without his permission, know the whole matter

Doctor G Movie Review This medicine of Ayushmann Khurrana is powerful, but it will have a slow effect…

Goodbye Review: Poor story on great performance, yes will get 10 out of 10 in case of emotion

‘There was no one to listen…’ Former CEC said on appointment in EC, said- Government acted in haste