This is Jagdishan’s fourth consecutive century this season.

New Delhi. Before the next season of the Indian Premier League, all the franchise teams have released some players for the mini auction. The player whom Chennai Super Kings decided to release has scored four centuries in the Vijay Hazare Trophy while scoring runs. Against Haryana, Tamil Nadu scored 284 runs for 7 wickets on the basis of N Jagadishan’s matchless innings of 128 runs. In response, the opposing team got only 133 runs. Tamil Nadu registered a big win of 151 runs.

Haryana won the toss and decided to bowl first against Tamil Nadu. Due to Jagdishan running in top form, this bet backfired. Together with Sai Sudarshan, this batting made an opening partnership of 151 runs for the team. Sudarshan got out after scoring 67 runs but Jagdishan’s batting continued. While scoring his fourth century in the tournament, he scored an inning of 128 runs off 123 balls. During this, he hit 6 sixes and as many fours.

In this season of Vijay Hazare Trophy, Tamil Nadu’s N Jagadishan’s bat is raining heavily. The first match against Bihar was inconclusive as it was abandoned due to rain. Since then, this 26-year-old batsman has scored a century in all the four matches he has played. So far, playing 5 matches, he has scored a total of 522 runs at an average of 130. 114 not out against Andra Pradesh, 107 against Chhattisgarh, 168 against Goa and now Jagdishan’s innings of 128 against Haryana. 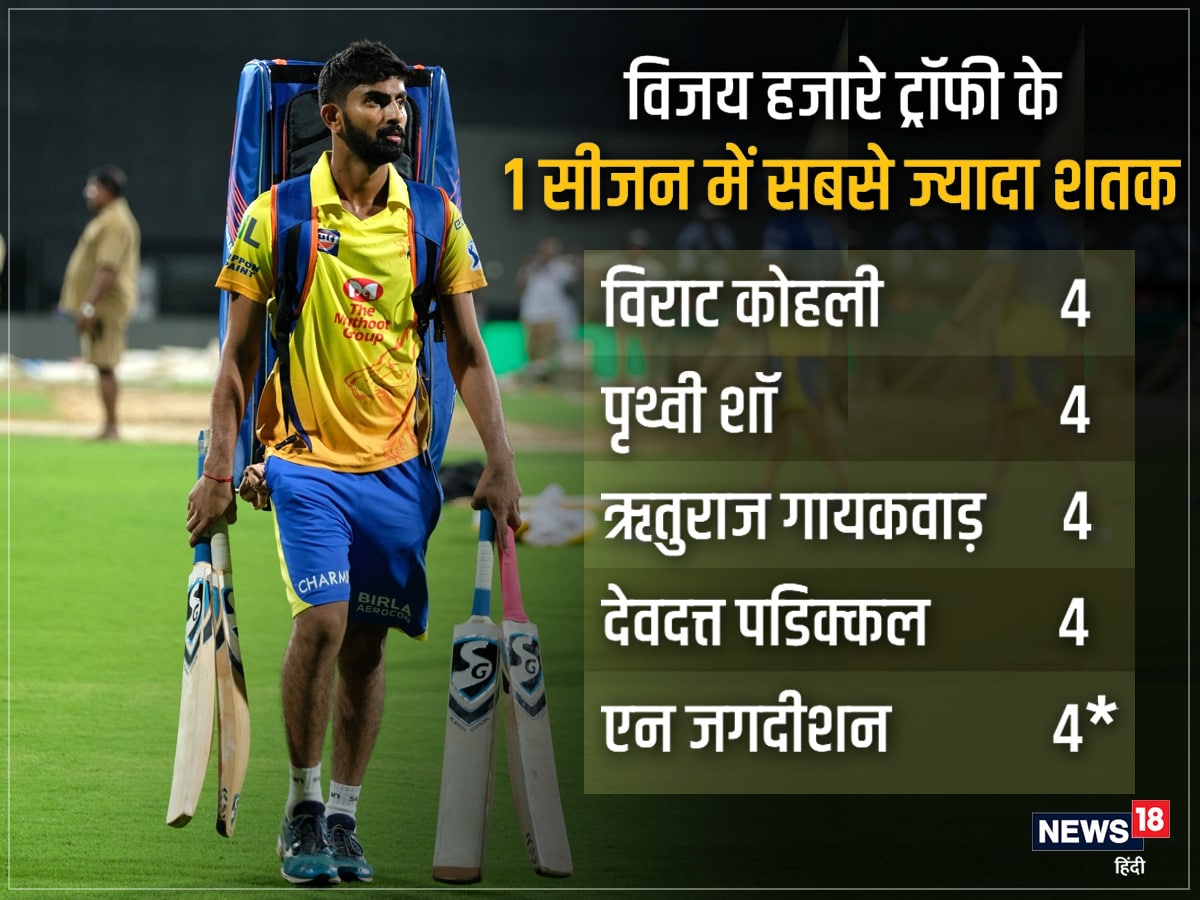 There is a record of maximum 4 centuries in a single season of Vijay Hazare Trophy, which is probably going to be broken this season. Virat Kohli, Prithvi Shaw, Rituraj Gaikwad, Devdutt Padikkal had done this earlier. By scoring 4 centuries, Jagdishan has equalized all of them and has also created a chance to go ahead of them.

Is it not in the capability of Team India to win the World Cup? Former cricketer vented his anger after the defeat

IND vs BAN: Team India lost in the presence of the players who will play ODI World Cup! Know where the mistake is happening?

Lady Don Anuradha Chowdhary: I have done MBA, LLB is going on, and wanted to become a business woman

CJI Chandrachud used to moonlight, used to work as a radio jockey in All India Radio

Heart attack: Does aspirin tablet really save from death during heart attack? Know what doctors say and what is SOS